The landscape we see today in North Pembrokeshire has a surface shaped by man over recent time periods and an underlying geological structure of rocks whose origin is extremely old. In some areas the rocks of the Pre-Cambrian age up to 650 million years ago can be seen.

At Pwll Caerog farm the rock structure dates from the Ordovician period approximately 490-440 million years ago. They are composed of the volcanic ash and lava and mudstone sediments all last down under water.

the original location of these volcanic and sedimentary rocks was part of the ancient continental land mass in the area of the South Pole, known by the names of Laurentia, Avalonia and Gondwana. These area split, rejoined and through the process of the plate movement (tectonic), moved from the depths of the South Atlantic area to their present positions.

The early rock formations are divided into three distinct groups all of which can be see in the North Pembrokeshire Coastal area. The earliest rocks of the Pre-Cambrian aga (older than 550 million years) are granites composed of crystallised molten volcanic rock, lava and ash exposed in the cliffs of the St David’s area. These rocks have few fossils, if any, in other words there was very little marine life.

Next come the sandstone formations of the Cambrian age 550-490 million years ago laid down in the sea waters which flowed over the volcanic landscape. These rocks contain numerous fossils of the sea creatures and were also quarried and used in the construction of St David’s Cathedral, with the distinct colouring particularly reddish, purple and blue examples. 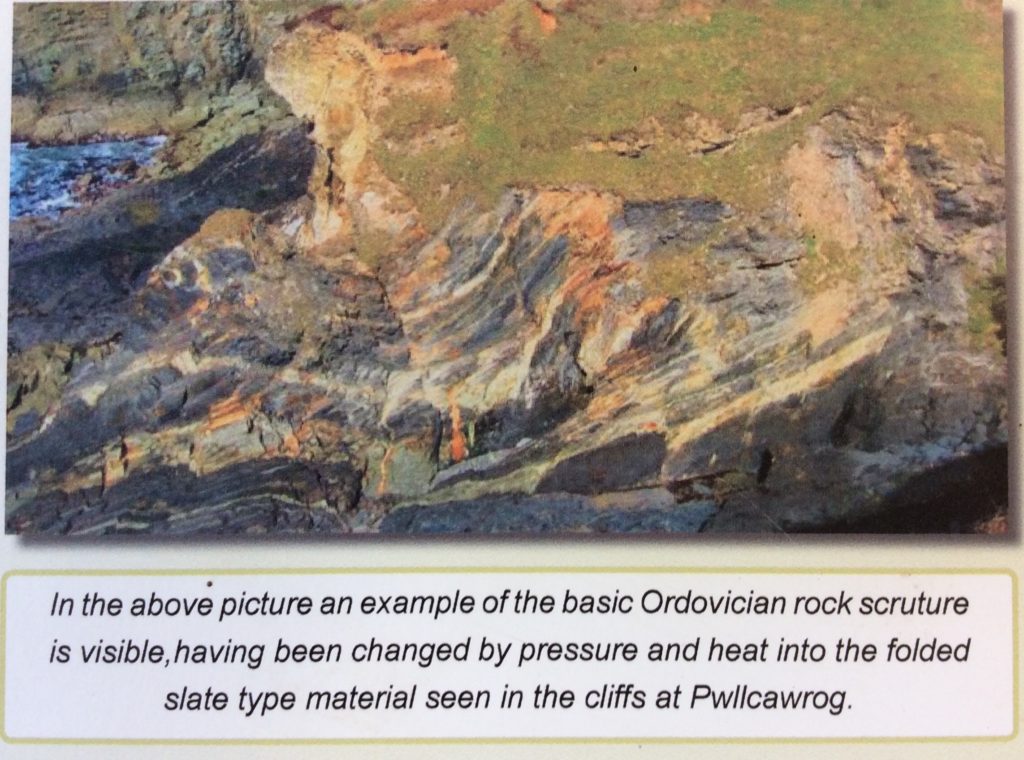 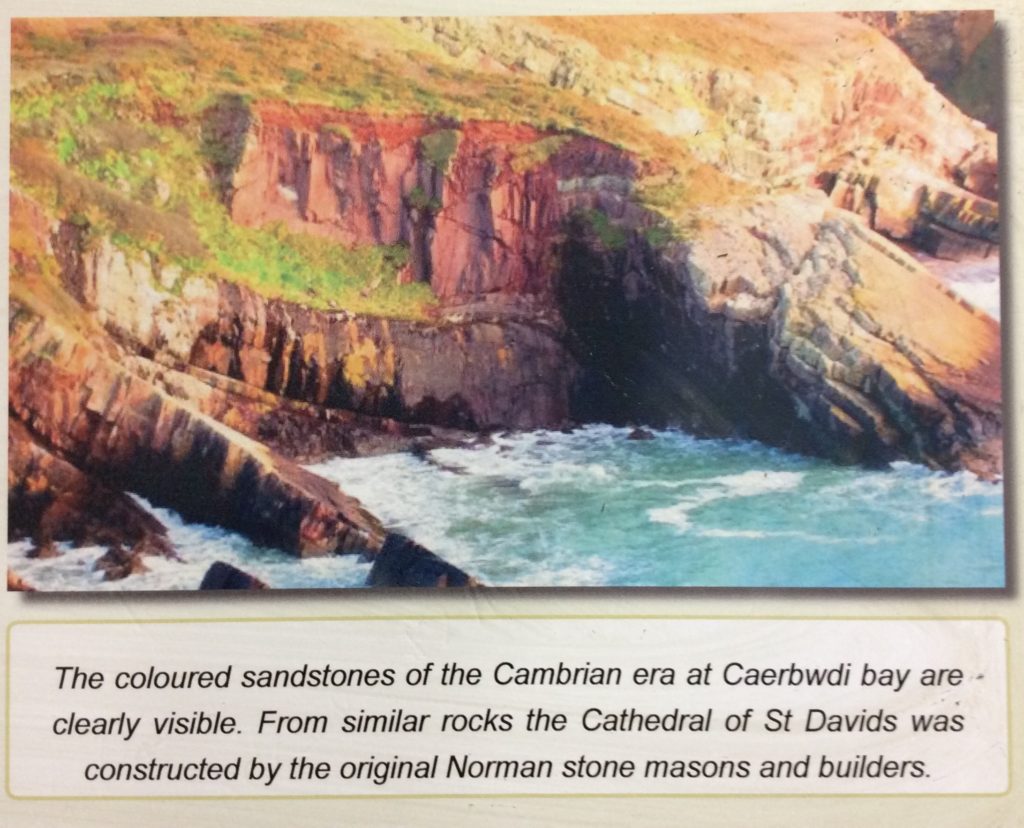 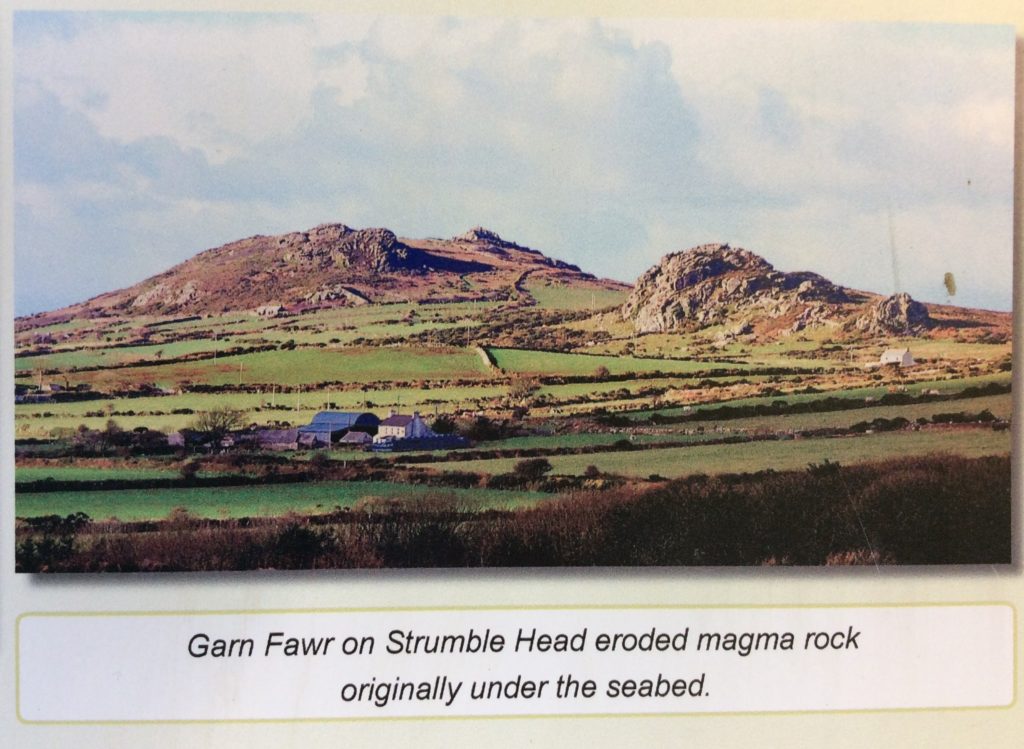 Much of the volcanic activity occurred under water, but sometimes volcanic islands were formed, thus showing large amounts of pyroclastic material. These rocks are in contrast to the bast lava sea bed eruptions seen today as pillow lavas on the Stumble Head peninsular.

We can also see the eroded remnants formed by cooling and crystallisation of material in the magma chambers below the sea bed. These are the isolated crags of the North Pembrokeshire Coast, Carn llidi, Penberry and Barn Fawr.

At times during later geological periods Silurian and Middle Devonian eras all North Pembrokeshire rocks were subjected to major compression forces from the movement of continental plates. These collisions particularly on micro continental area of Avalonia, included the rocks of North Pembrokeshire. These events known  on the Caledonian and Acadian orogenies, caused the folding and faulting of the rocks below the sea bed.

The Abereiddi area and the site of Special Scientific interest shows many of the features referred from in the Ordovician period. This include the slate material around the Blue Lagoon, shown right, the hard granite headland composed of ash crystallised rock and mudstone protecting the north side of the lagoon, shown below, and the dark sand of the beach made from broken mudstone rocks. IN the period from 2 million to 10,000 years ago, known as the Ice Ages, large quantities of ice covered the last with the present day Irish Sea a glacier fed boy numerous other glaciers from the mountainous areas fringing the Irish Sea. Over this period the ice advanced and retreated numerous times. As the ice melted sub-glacial meltwaters cut channels through the rock strata. Today this leaves the steep sided rivers of North West Pembrokeshire, the Gwaun, Never and Solva Rivers. We also have the steep sided flat bottomed valleys formed by the ice. One of these lies eastwards from Abereiddi Bay to Llanrhian and turns north to Porthgain. 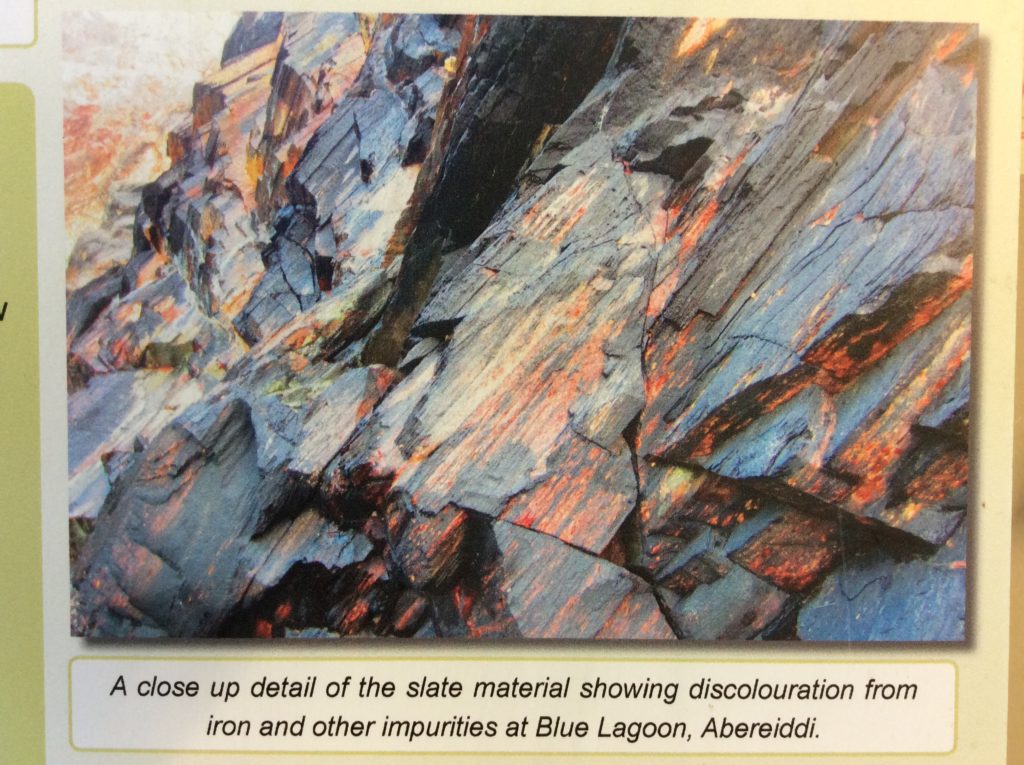 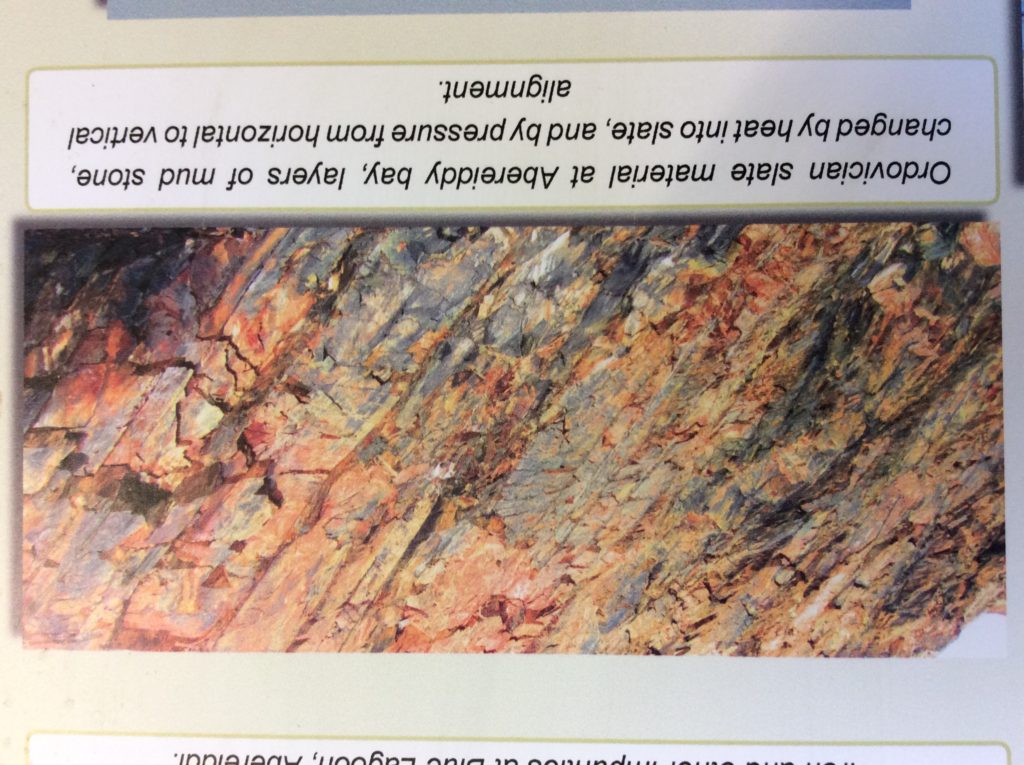 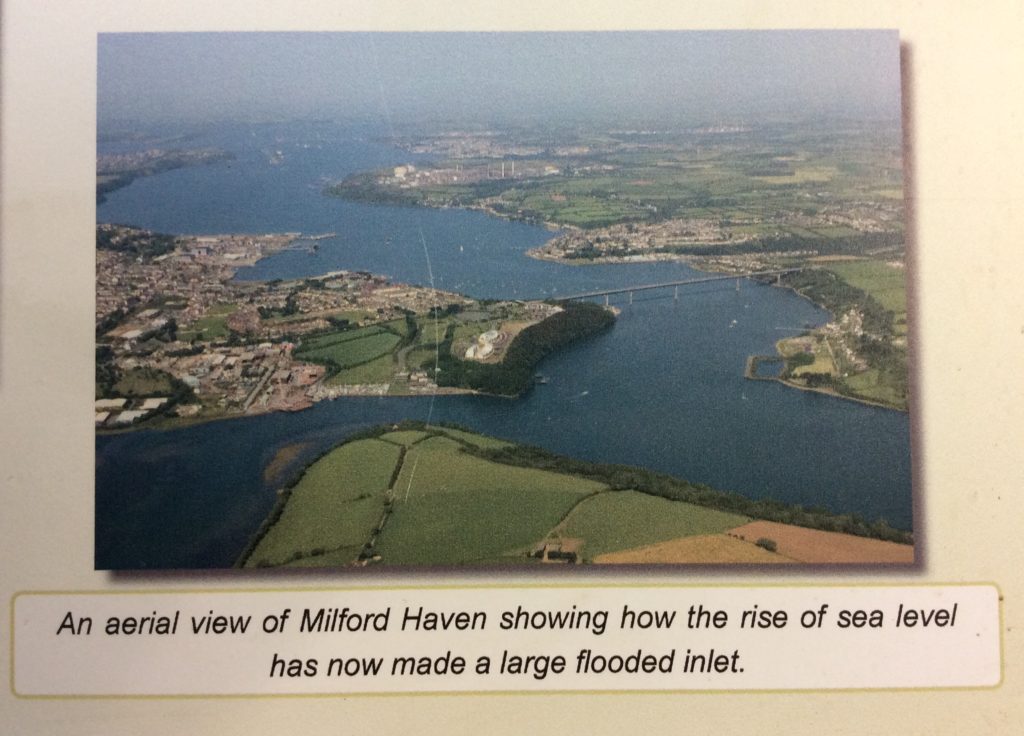