Undoubtedly, Roman galleys patrolled the western seas of the British Isles, but there is no records of the actual Roman settlements in North Pembrokeshire. Claudius in 168AD recorded the “Octo Promontorium” of Pembrokeshire in his geographical records, referring to the headlines of the St David’s peninsular.

Some Roman coins have been found but no trace of forts, buildings or settlements on the North Pembrokeshire coast.

At the end of the Iron Age invading tribes from Ireland arrived in Pembrokeshire, spreading eastwards so by the time the Roman invasion of Britain (43AD) a major tribal structure covered South Wales. The Roman forces conquered the Silures in South East Wales after 30 years of fighting, subduing the tribal Demeta or West Wales and penetrating westward, found Maridunum, (now Carmarthen) as a major town. In recent years a Roman road lease westwards from Carmarthen has been discovered together with the remains of Romas settlements in Wiston and Wolfscastle.

The withdrawal of Roman forces from Britain coincided with the the arrival of the early Christian missionaries to the west coast of Britain. From central France (Gaul) the christian doctrine spread to Cornwall and thence all along the western coast of Wales to Ireland, Northern England and Scotland.

These early missionaries had direct trade contact from the Western Britain and Ireland to the Eastern Mediterranean. Tis 4th and 5th century pottery from Tarsus, Athens, Antioch and Constantinople has been found in Western Britain. This contact brought to the Celtic Church the monastic tradition  of the Eastern Mediterranean arriving in Cornwall (Tintagel), and spreading to Llanilltud Fawr (Aberystwyth). Undoubtedly the early settlement at St Davids became a busy connection in all these movements of peoples and trade.

From these early beginnings and the background in the 6th century, David led the early Celtic Christian Church with his settlement at St Davids, his travels, may be as far as Jerusalem, and the dedication of numerous early Christian Churches in West Wales and beyond. This established Church grew in importance with Welsh Bishops (or leaders) and followers so that the early pilgrimage tradition developed. The Importance of St Davids was such that William the Conqueror visited in 1081 meeting Bishops Sulien and Rhys ap Tewdur Prince of Dyfed.

Today we can enjoy the results of many labours and traditions. Foremost is the Cathedral itself with its Norman decorative and perpendicular architectural styles showing the superb skills of the medieval stone masons and carpenters. 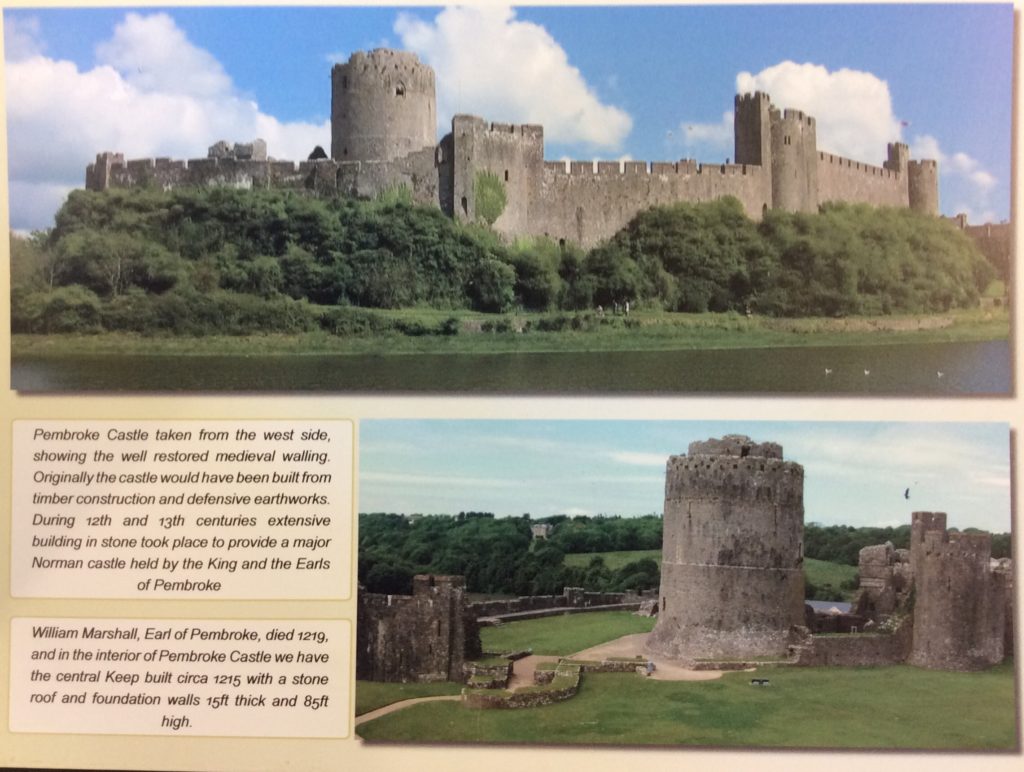 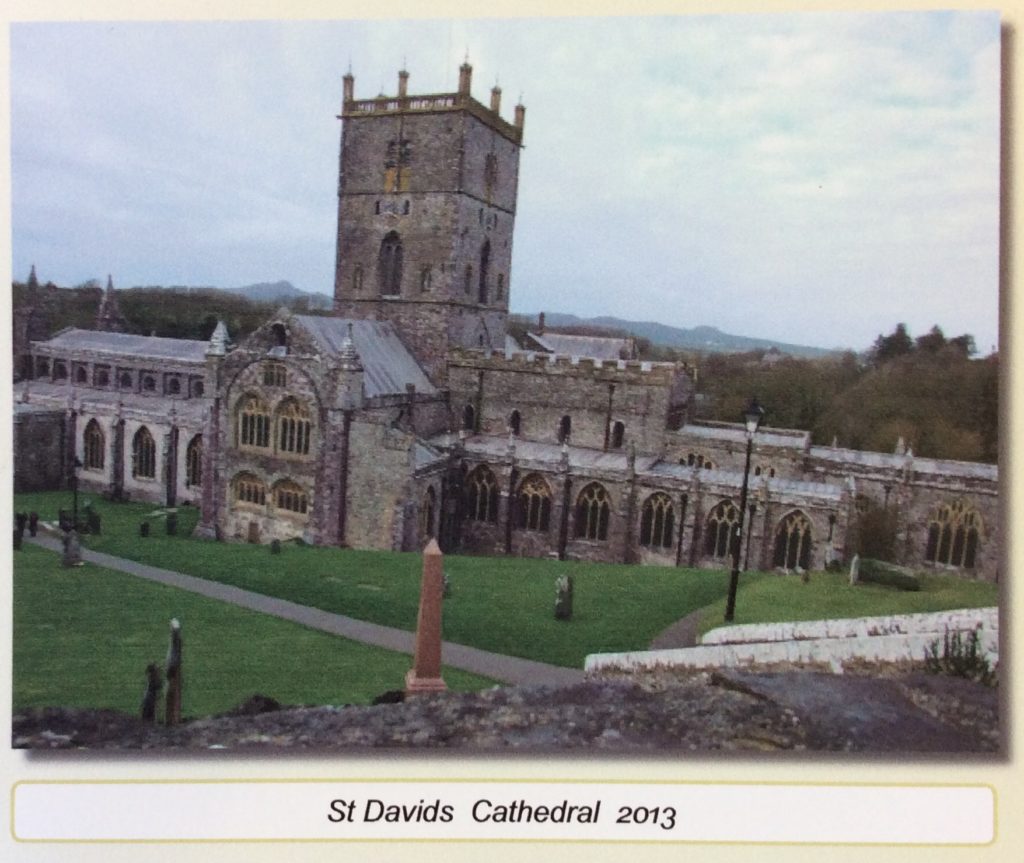 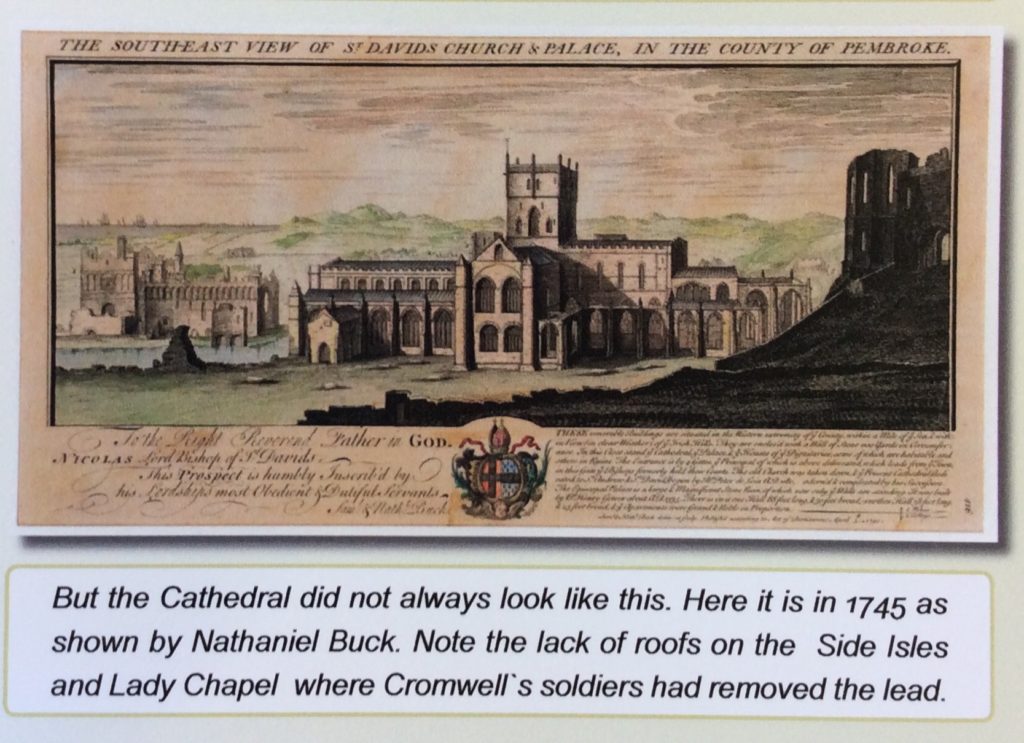 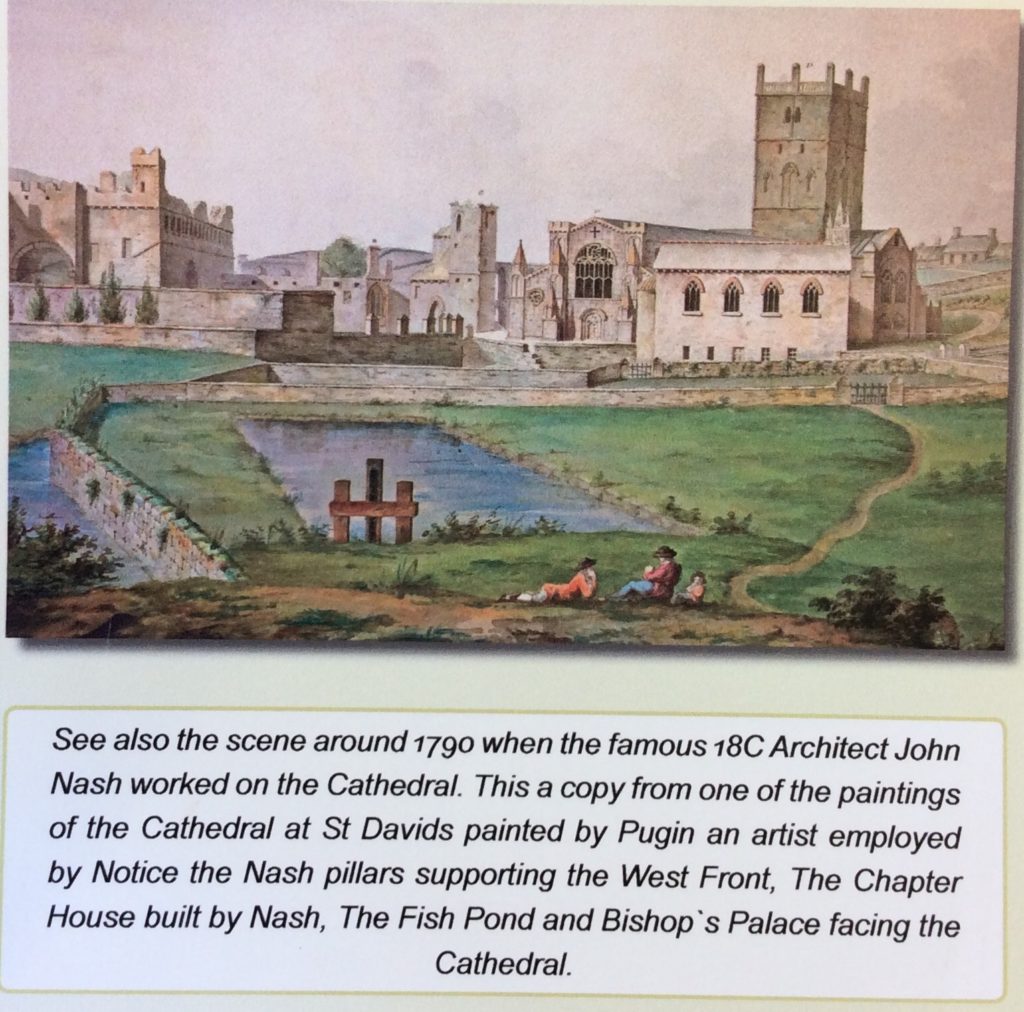 Generations of pilgrims visited the area to rejoin in the Chritian tradition of David and his followers, leave for us wonderful buildings and religious beliefs of long lasting continuity.

There is also another legacy, the Welsh language. Some of the original Celtic inhabitants spoke Brythonic or Brittonic. However, the invading inhabitants from the Irish Kingdom of Deisi in Co Waterford brought their Goedelic Language with them. These roots together with imported words from Latin became the basis from the which our Welsh language has developed. In addition these Irish settlers used their Ogham script, which we can still see today inscribed on the stone memorials.

however, West Wales did not enjoy a peaceful existence particularly from 850AD onwards to 1050. Viking raiders arrived on numerous occasions and in large numbers. Two bishops of St Davids were murderd by Vikings invaders who raided the area 4 times between 982 and 944.

After the Norman invasion of 1066 co-existence with the Norman Kings did not last for long. In 1081 King William can to St Davids where he met Bishop Sulien and Rhys ap Tewdwr, prince of Dyfed. In 1093 Rhys ap Tewdwr, together with his Irish allay Thoskil were defeated and slain in battle against the Norman forces. His son Gruffydd escaped to safety in Ireland and his daughter Nest (the fairest Maid in all of Wales) became prisoner. This led to her marriage to Gerald of Windsor custodian of Pembroke Castle and her subsequent eventual life.